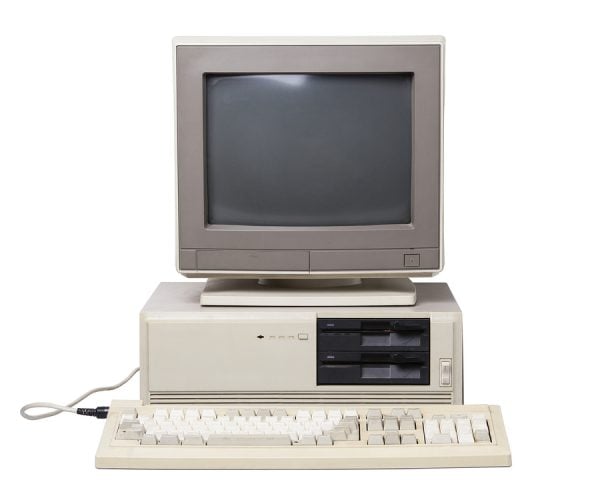 Five years before that, in 2007, Apple introduced the iPhone, a touchscreen device which set design and user interaction paradigms which have persisted for a decade.

These two milestones demonstrate the extent to which technology can change in a mere five years. This ever-changing landscape proves useful in allowing us to imagine future prospects, and for adapting preemptively to the tide of technology. In response to these changes, companies adjust, and are sometimes spawned out of them, never having been possible beforehand.

Amazon, a Washington company with over 300,000 employees and 240 million active customers, makes evident the ability for internet-based organizations to evolve to changing technology and markets generally. Because while internet-based organizations have wide audiences, utmost efficiency, and unlimited potential, they also face waves of dynamic threats and modifications to their business model.

Some technological evolutions which internet-based organizations have been transformed by are: the rise of the mobile web, lowering barriers of entry to computers for consumers, and a new realm of advertising.

The Rise of Mobile Web

Up until recently, the computer was an appliance, a gigantic, expensive, stationary box which every family owned. Much like the TV, it saw peak usage after dinner time, and was unused for most of the day. But increasingly in the last several years, this model is shifting dramatically. The family computer has become many, one for each person, in the form of a small rectangle which can be used on the train, while waiting for your food at a restaurant, and, well, when on the toilet.

Simply put, there’s been an impressive growth of the mobile computer. KPCB Research found that the number of smartphone users grew 250% between 2012 and 2015, and continues to grow at an unprecedented rate. But this doesn’t simply mean different computers, it also represents a shift in conventions. The ability for most people to quickly use a computer wherever, whenever, has increased overall usage of computers, and diversified the times of day in which we use them.

In response, internet-based organizations must adapt. With smaller screens, and more touch screens, these organizations have been forced to alter their web presence to account for this change. But in addition to simply making websites more efficient for smartphones and tablets, organizations have also embraced the new technology, developing mobile applications which run natively on these devices. This often necessitates a larger IT department, which can shape the direction and shape of an organization. And with the recent introduction of Dick Tracy’s smartwatch, we can expect this trend to continue. Computers are getting smaller, which has, and will continue to, change internet-based organizations forever.

Another important way in which technology has evolved in recent years is the feasibility of access for average consumers. Both smartphones, and personal computers more generally, are at their lowest prices ever, a trend in which parts become easier to manufacture, and thus easier to make in large quantities.

What’s more, many computer companies have reached market saturation, a point at which almost everyone owns their product, meaning many are lowering costs to encourage users to upgrade their pre-existing devices.

The statistics firm Statista reflects this well in their report of the average selling price of smartphones, in which they show how, for example, Europe has seen a drop in average selling price from $419 to $259 in only four years. All of this indicates that many more consumers have bought personal computers in the last several years.

To internet-based organizations, this results in a broader demographic of potential customers, and new markets which were previously untapped by their business model. In these new circumstances, businesses have been changed by being introduced to more and more diverse users online, something which is sure to stay.

A New Realm of Advertising

From the beginning, internet-based organizations have faced unique benefits and drawbacks when it comes to publicity. Being accessible to users worldwide automatically unlocks a plethora of markets which can be transformed into potential customers/users.

But because of this, and combined with the low barriers to entry for creating an online presence, mean that the internet is humongous, leaving people with few opportunities to find your site. In this economy, time spent looking at a screen is a precious commodity, one that millions of organizations fight for a small fraction of.

The solution, traditionally, has been advertising. The model is simple: pay a company like Google to display your advertisement on other websites, where your target audience will discover your existence.

In the last five years, however, new technology has been developed which blocks these advertisements automatically for mainstream users with little to no effort required. We’ve all seen desperate, flashing pop-ups that announce “Click here to make quick money”, or “You are the one-thousandth visitor” (only to receive that same message from the next page you visit), but the world of consumers has moved on.

Those who don’t block advertisements have been trained to ignore them, sometimes minimizing the effect of ad campaigns. Internet-based organizations have turned to new forms of advertising, and will continue to far into the future.

One strategy employed is to create “native advertising”, which, rather than giving you a seizure, looks like the rest of the webpage’s content, making it more attractive. Another creative solution is to embrace new mediums, like audio Podcasts, web blogs, and even social media, where advertisements can be tailored to audiences which are more likely to enjoy, not hate, them.

Ultimately, technology is a process, one which increases in speed exponentially and often branches in many different directions. These changes present both many challenges and new opportunities for internet-based companies, who, in the last five years alone, have responded to changes in audiences, platforms, and advertising.

Whatever new innovations arise in the subsequent five years will be even greater than what we could expect, and it will be up to individual organizations to adapt.

Evan Schweikert is a freshman at Oregon State University with plans to major in Computer Science. Evan’s dream job is to be a software engineer for Apple one day.