The Evolution of Connectivity Through Everyday Technology 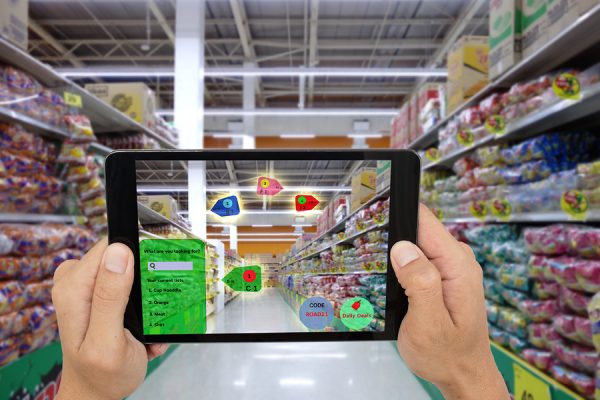 I would have never believed that my friends and I would be running around town last year looking for augmented reality Pokémon characters, but we did it.  We even played it on top of mountains in Glacier Park near where we live.  Ten years ago who would have ever thought that a bunch of 16-year-old guys would be running around trying to find cartoon characters that really aren’t even there?

Augmented Reality is one technology that has evolved over the last five years impacting how people interact with their phones and the world around them.  For internet-based organizations, this could mean that people could eventually virtually interact with just about anything.

It would be great to go into a big store like Costco and see exactly where you need to go to find what you want instead of wandering around.   This could also mean a change with social internet companies too.  If you are interacting with augmented reality, then things like Facebook will have to add some form of augmented reality, maybe a bit like Snapchat, but more in real time.

Another area that is impacting internet-based organizations is the improved technology of chat and video programs.  My father had a medical problem and instead of having to go to the doctor, he ended up videoing a doctor.  Internet organizations can also use this video power to help customers better and provide services that you used to have to physically go somewhere to get.  Video would definitely put an internet organization ahead of its competitors if it used video chat for customer service.

Most customer service is either just email or phone call.  Both take up a lot of time and it would seem much more personal to have a video so even if the service wasn’t perfect, it might seem like it was much better than the competition.  Something like this might get a customer to switch from a competitor.

The idea of having everything on demand is something new with technology.  Being able to order something and have it delivered to your door within a day means that you don’t have to spend time traveling around to find it.

This mostly impacts internet organizations since they don’t have to have a store or warehouse in every location.  Even Amazon bringing in drones to make deliveries has a huge impact on how people will get the things they need on-demand.  You can pick up your phone in the morning, order something, and have it by the afternoon.

The internet companies that can compete in the world where everyone wants what they want right now will be able to outlast their competitors.  This has completely changed the way people buy things and how especially younger people expect that things should be.

The Internet of Things

The Internet of Things (IoT) is an area that will impact Internet organizations because there will be more interaction with things in your house.

Your refrigerator could let the manufacturer know when there is a problem, or when there is something that seems like it is going to fail.  You could use the internet connected service to handle all of this, and they could consolidate it all in one place for you including your lights, locks, temperature, pretty much everything in your house.

This new technology will impact internet organizations by making it easier to track their products and get customer feedback.  If your customer says that they always keep the temperature at 70, and they are complaining about their heating bill, you could check to see exactly what the temperature really was.  If it’s 70, maybe there’s some problem with distribution, or if they have it at 80 all of the time, their bill would be right.

In general, anything that extends the use of your phone would have a huge impact on internet-based organizations.  My generation is tied to phones.  We all have phones and we use them for everything like alarms, fitness tracking, buying things, photos, videos.  The more that internet-based organizations can use our phones to connect these things to our lives and make them either easier or more fun, the more that they will end up being around for the next 10 years and beyond. 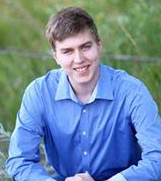 Andrew Smith is a freshman at Montana State University, Bozeman with plans to major in Computer Science.  Andrew hopes to also complete a master’s program in the field and one day become a Software Engineer of Artificial Intelligence.